In no way comparing this to losing a spouse but I got a medical bill today and it made me think of this thread. About 6 weeks ago my son woke up with extreme internal pain and I drove him to the ER. Turned out to just be a kidney stone that he passed by himself. We have good insurance and I have to pay just a $50 deductible for the ER visit but for tests and sitting around the ER lobby on a 2 hour visit the entire bill was $9600!

Happiness is a warm gut pile

The medical system in the USA is broken for sure. ( just wait until you become older and need coverage), I won't point fingers but it is clear that while we all will suffer medical issues as we age the industry that cures us is focused on making money and becoming wealthy. Earning wealth is what this country is but greed is another thing especially at someones else's expense. From my perspecstive they are important but the drug companies need to look upon themselves as other essential businesses do. My wife is suffering from a incurable disease and since we had a diagnoses we paid for drugs that were not covered but had been needed. The patent on one drug expired early on but the developer tried to tweak the drug to extend their patent, fortunatley the FDA turned them down saying it was a b.s. move and the drug she takes now was reduced by 90% in just one month. What does that tell you about this and how the drug companies work ? (and medicine in general) Drug companies need to be paid for the pioneering work they do but not at the expense of people dieing because they don't have the insurance coverage or funds to keep them alive. When anyone who needs the drugs are denied because they can't make the payment to get what they need it is wrong. Lee's bill that was sent to him is the same amonut of b.s. it doesn't in any way cost what they are trying to charge him. They are trying to get rich off someone else's plight and they should be ashamed. These kind of services need to exist but at a rate that is reasonable. I does not cost $68,000 to fly some sixty miles to San Diego, clearly they are gold digging.
Reactions: Big Jim Slade, longbowhunter2, Lungpopper and 1 other person
T

My wife a a cist on her intestine last year the size of a tennis ball, was also attached to stomach and pancreas. she had a 10 hour surgey to get it out and they had to take half her stomach, the head of the pancreas, 10 inches of intestine, bile duct and repair 2 inches of 2 different blodd vessels. ten days later it was 495000 dollars and luckily she had insurance... the reason it is charged so much is cause insurance will only pay for 1/8 of what they are billed so the hospitals have to charge 500 dollars for a bandaid or 1 pill cause insurance companies wont ever pay what they are billed they just contest it
Reactions: longbowhunter2 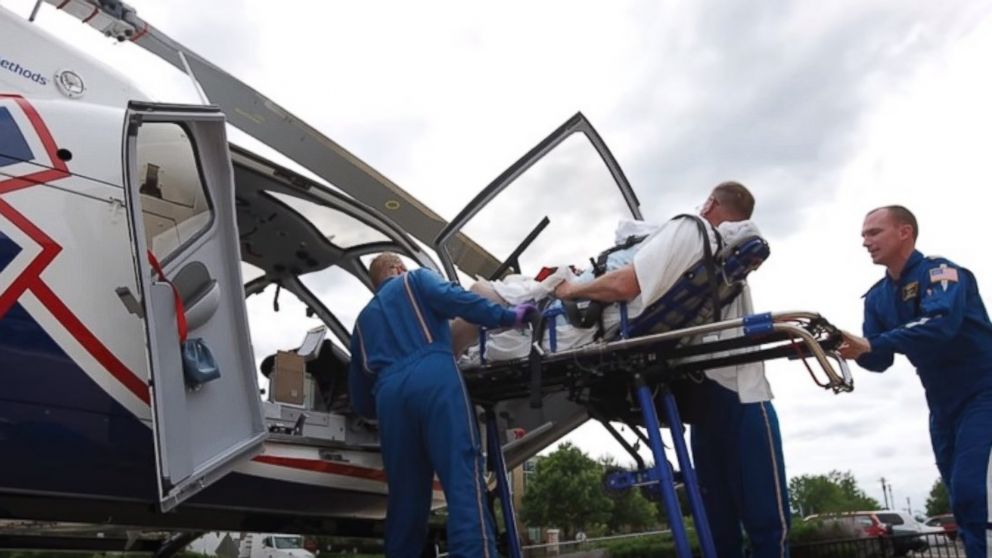