NBA what a joke

"yes,it killed the hound..ferocious bitch she was"

Mr. Leopold’s comment not only applies to hunting, but to all of life: Just because you are free to do something doesn’t mean it is the right thing to do.
Reactions: HATCHET1

I think I'll keep my heritage.thank you very much. I love the Red,White and Blue.we go way back.

And will keep our name and our bell tower and hangman's tree and our noose freedom of speech if offends you your weak spine offend's us even more. And we have a strong support for our men in blue and veterans...... 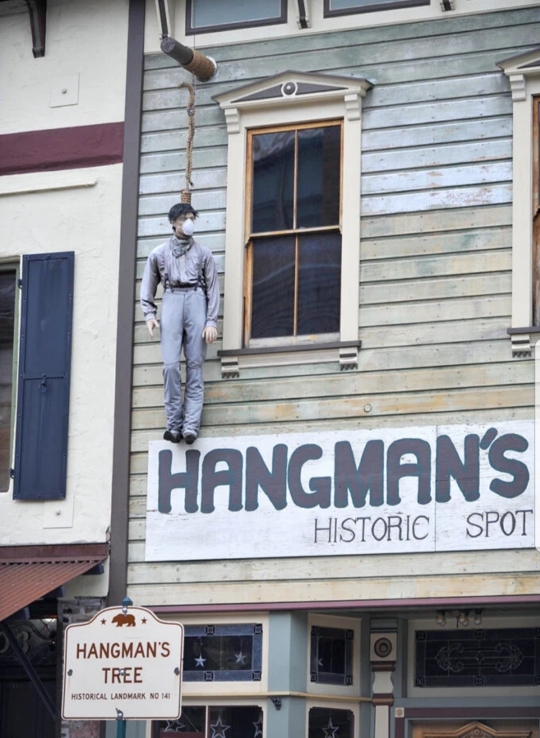 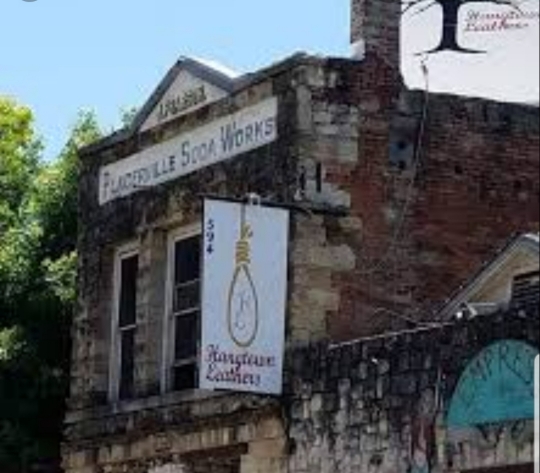 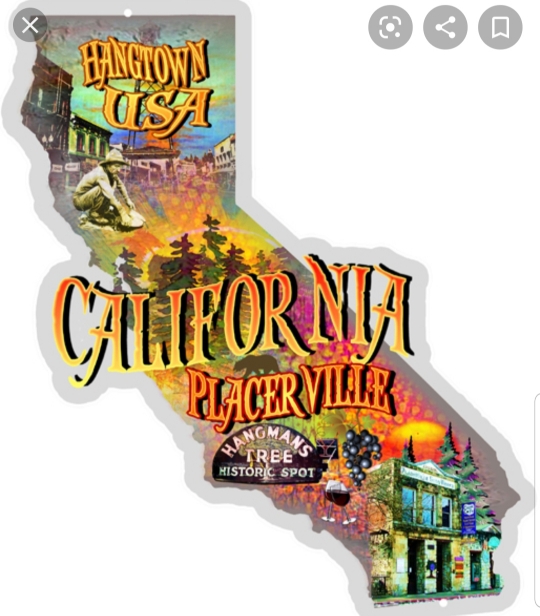 Sent from my SM-G955U using Tapatalk
Reactions: sportyg, CRABBY, Horto619 and 2 others

CAL'NDN said:
And will keep our name and our bell tower and hangman's tree and our noose freedom of speech if offends you your weak spine offend's us even more. And we have a strong support for our men in blue and veterans......

Looks like a cool place! I've got some family up in Lincoln..few years back we had our family reunion out in Auburn..cool little town also..when I was a kid it was usually out in Gridly because we also have have family in Yuba City and Live Oak. Always enjoyed going to those smaller towns because it was like going back in time.
Reactions: CAL'NDN

Yea Auburn is across the river and next mountain over it's a cool town but growing fast I prefer ours it hasnt grown much in 50 years. Gridly huh live oak I have caught alot of nice salmon right there.

Sent from my SM-G955U using Tapatalk
Reactions: CRABBY and Horto619

CAL'NDN said:
Yea Auburn is across the river and next mountain over it's a cool town but growing fast I prefer ours it hasnt grown much in 50 years. Gridly huh live oak I have caught alot of nice salmon right there.

Sent from my SM-G955U using Tapatalk

Be up there Thanksgiving. My in laws live of Missouri Flats, great area for turkeys.
Reactions: Horto619 and CAL'NDN

Yes it is.... November salmon just closed and steelhead hasn't opened yet but there are some birds. Good luck up there.

Sent from my SM-G955U using Tapatalk

Its funny cause i was watchin the lakers and the games just not the same without fans.
I noticed they just looked flat lazy out there.joke. pro sports suck without fans!
C

Pro sports is no longer SPORTS when you bring in the political arena into it. I pray that all sports that has brought politics into the sport that the sport crashes and they loose billions of dollars. Only the severe weak brings politics into sports. I don't see pro bass fishermen kneeling, I don't see tennis, soccer, hockey or a lot of other sports doing this type of non-sense behavior. Only the over paid is making this a televised political arena.
Reactions: sportyg, CRABBY and WaterDog
G

Actually some of the hockey team did it.

Nor Cal, The Twilight Zone

I know At least 2 hockey teams stood at attention mid ice while the anthem played with American flags in the background. That is a hopeful sign.
Reactions: sportyg and CRABBY

monyako said:
Personally, I don't care, but I get that a lot of people do. What I don't understand is how you can be pro 2nd amendment and not be pro 1st amendment? They seem to go together. Free speech means saying and expressing (taking a knee) things other people don't like. It isn't just for your "team." It drives me crazy when the left tries to prohibit people from saying "mean" things. Cancel culture, cultural appropriation, and deplatforming is all bullshit, and it is all wrong.

People should be able to fly confederate flags and swastikas - we shouldn't police people's minds or symbols. Most people want to live a good life - raise their kids and do the right thing, but the hard left and the hard right are fucking it up for the rest of us.

What Colin Kaepernick did took nuts, (even if you disagree with his beliefs) but now it all people performing for the camera. There is more of a cost for standing than kneeling which is weird.

Everything in the world is upside down.
Click to expand...

They are free to say or do as they want. We are free to boycott or ignore them. HOWEVER, they are on the clock, at their job. If their employer says don't do that then they should only do it at the peril of their job. In other words, to simplify it for you, if you work at McDonald's and your boss says you have to be courteous to the customers and you feel because you have freedom of speech, that you want to tell every third customer "F you and the horse you rode in on", how long do you think you'd be employed there? Yes, you have freedom of speech but not freedom of consequences from that speech. Read the first amendment again. It says, "Congress shall make no law respecting an establishment of religion, or prohibiting the free exercise thereof; or abridging the freedom of speech, or of the press; or the right of the people peaceably to assemble, and to petition the Government for a redress of grievances." It restricts the GOVERNMENT from violating our free speech right, not your employer, not your customers (aka sports fans). You can say anything you want if you're willing to suffer the consequences.
Reactions: CRABBY, WaterDog and CAL'NDN

GUNDOGLOVER said:
Actually some of the hockey team did it.
Click to expand...

Only thing I saw was, them in a circle holding hands for both national anthems...Pretty sure, if anyone in the NHL would've taken a knee, it would've been all over the web.

In a statement, they said they support all equality, but not BLM.
Reactions: sportyg and CRABBY

MAG 1 said:
It looks like I won't be watching any sports. My daughter just read all the players and refs knelt for MY NATIONAL ANTHEM. what a disgrace.
More time for hunting and fishing. Done with all the major sports.
Click to expand...

Agreed. I hope they all collapse
Reactions: ilovesprig, CRABBY and CAL'NDN
C

Chris240 said:
Agreed. I hope they all collapse
Click to expand...